How to Be Recession Proof. Hint: It's Technology.

I am not an economist; I don’t even play one on TV. Maybe that’s a moot point since economists often cancel each other out. As Nobel laureate Paul Samuelson famously quipped, “Economists have correctly predicted nine of the last five recessions.” For the reader, I have gathered specific content based on strong-methodology research from subject matter experts who advise executives and leaders. Hopefully, this will give you a fresh perspective on post-recession success so you can construct good plans to ride out the storm.

What Companies are Saying About the Forecasted Recession

The notable accounting and business advisory firm Grant Thornton surveyed 250 business owners and C-level executives in June 2019. These were companies with revenues between $250 million and $3.5 billion. Grant Thornton asked these respondents when they anticipate a recession, how they are preparing for it, and how they will respond once it arrives. The majority of respondents, 62%, feel that a recession will happen within the next 18 months. Almost 25% do not expect a downturn in the next two years. 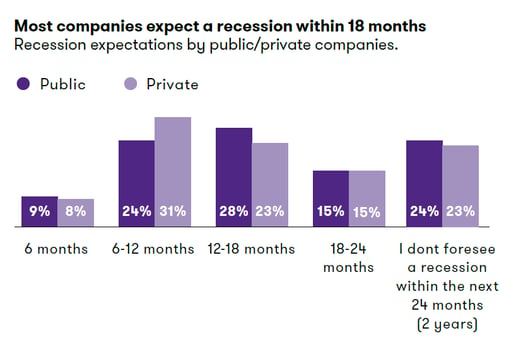 Many companies are preparing for a recession, with well over 50% having plans in place, or they are currently implementing strategies to address the recession. However, smaller companies are behind their larger competitors when it comes to planning for a downturn. Respondents from companies with revenues of $250 million to $500 million were less likely to have plans in place across the board when compared to respondents from larger entities.

Respondents to a Grant Thornton's survey view ongoing innovation as vital to their success no matter the business climate. When asked how they would approach a wide variety of investment decisions if a downturn were imminent, half or more of respondents picked innovation and innovation-related activities as their top four choices for increasing spending. 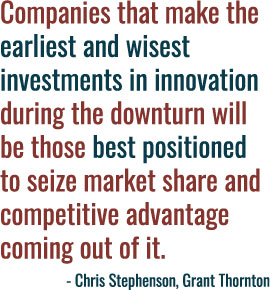 “Companies that make the earliest and wisest investments in innovation during the downturn will be those best positioned to seize market share and competitive advantage coming out of it,” said Chris Stephenson, a principal in Grant Thornton’s financial management practice.

Companies indicated where they would ramp up if a recession were imminent: 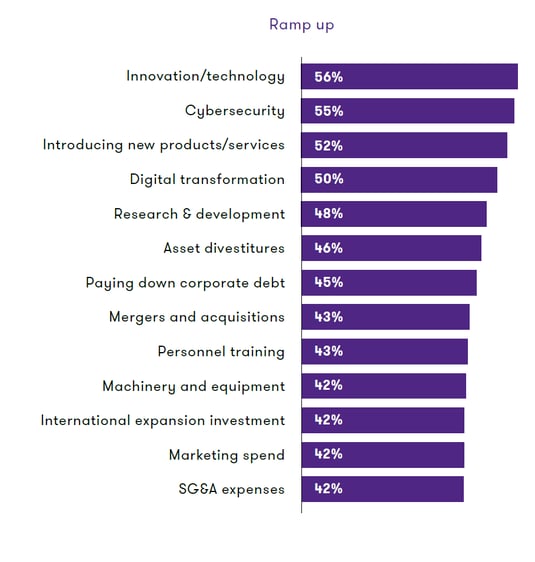 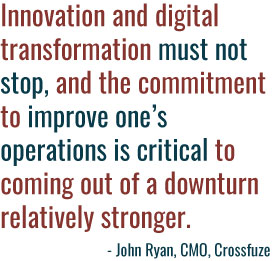 Innovation and digital transformation must not stop, and the commitment to improve one’s operations is critical to coming out of a downturn relatively stronger.

As Yvette Connor, Principal in Grant Thornton’s Regulatory and Compliance Solutions practice, says: “Digital transformation will be the best way to offset their risks. It decreases costs, increases efficiency, increases the quality and quantity of information available to them, and improves their resilience.”

McKinsey expects companies to increasingly turn to digital tools and advanced analytics to bolster productivity and drive growth. Businesses are using digital platforms to enable self-service options for customers and to simplify the purchasing process. They believe that an acceleration in digitization has increased the gap in capabilities and performance between digital leaders and laggards - a difference that will widen during any downturn. 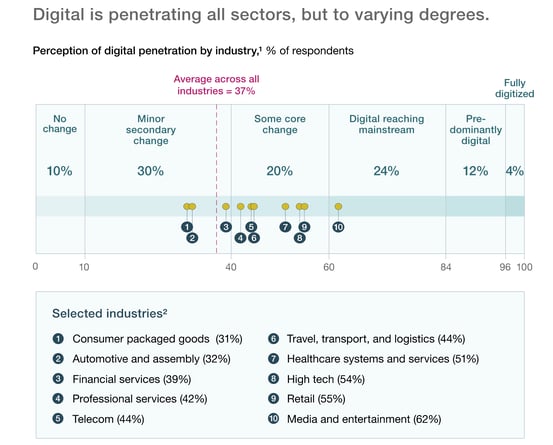 The Case for Digital Reinvention, McKinsey

In Exhibit 3, we can see that there is still plenty of opportunity for digital progress in some large industries and sectors. McKinsey’s research further suggests that projected revenue and profit growth improve based on how aggressively companies respond to the digitization of their industry. Moreover, McKinsey found that winners invest more broadly and boldly than other companies do.

The Lessons of Recession History

In 2010, a Harvard Business Review article explained a study of 4,700 companies. The study breaks down the data into three periods: the three years before a recession, the three years after, and the recession years themselves. Studying the three recessionary periods from 1980 to 1982, 1990 to 1991, and 2000 to 2001, here’s what they found: 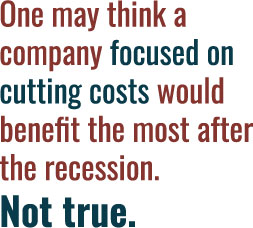 One may think a company focused on cutting costs would benefit the most after the recession. Not true. Companies that cut back more than their competition, categorized as Prevention-focused companies by HBR had the lowest odds of being stronger in a post-recession market. The companies with the highest odds of flourishing after the recession are called Progressive companies, which had reduced COGS but hadn’t cut employees more than their peers and had also allocated more resources, relative to their competitors.

According to global consulting firm Bain & Company, winners can accelerate results coming out of recession. 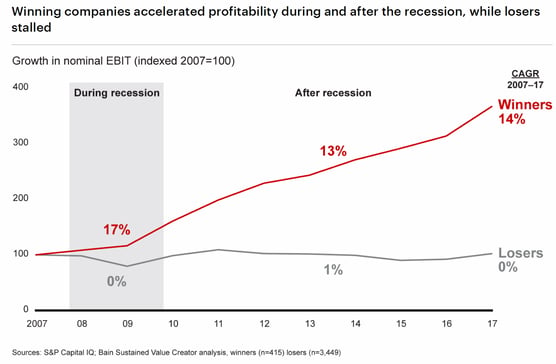 Beyond the Downturn: Recession Strategies to Take the Lead, Bain & Company

Bain states that during a recession, loser companies cut R&D across the board, scaled back on sales and marketing activities, laid off the valuable talent, and ruled out acquisitions. Other lagging companies strayed outside their core business, investing in the latest hot sectors and tools, praying for a winner. While winning companies focus on cost transformation, they focus less on cost control and more on attaining new and relevant skills.

Here’s global management consulting firm McKinsey’s view on how resilient companies outperformed everyone coming out of a downturn. 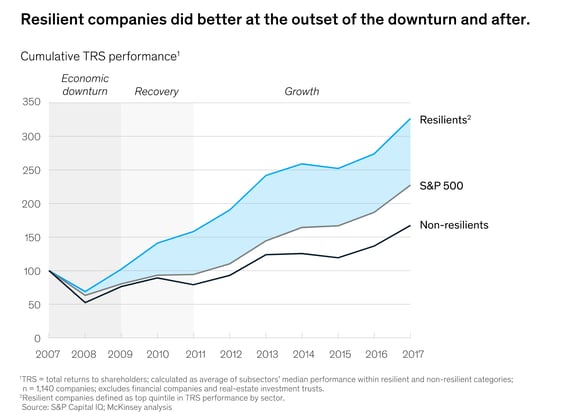 I read an excellent book earlier this year called Strategy Beyond the Hockey Stick where McKinsey authors Chris Bradley, Martin Hirt, and Sven Smit researched more than 2,000 companies over two decades to show that corporate performance follows a power curve. A small number of companies capture the lion’s share of global economic profit, while the vast majority return just slightly above their cost of capital. The authors focused on a group of 1,100 publicly traded companies, across a wide range of industries and geographies, with revenue exceeding $1 billion.

According to McKinsey, these resilient companies did three things:

The message I enjoyed in this book is how the data points out fortune favors the bold. Proven leaders know there is a big difference between reckless and bold. The evidence shows over the two decades that companies are not brave enough. One can be bold and smart, attributes necessary for a company to flourish. The biggest risk is to play it too safe.

What wins in a recession is the elusive word in all dynamic endeavors; balance. A flourishing company has a careful balance of defensive and offensive moves. The best companies reduce costs selectively by focusing on operational efficiencies, while their relative investment in marketing, R&D, and new assets increase. When a company goes too far in cutting costs where they are hitting muscle or at the other extreme, ignoring the downturn, it makes the situation worse. Again, balance is the goal.

Companies often respond to recessions with corporate concern and operational contraction. However, a different perspective and approach based on research is helpful. Markets run through cycles to better align themselves with reality. Many companies have lived through a few recessions, and their leaders know how to brace themselves and even take advantage of the new order. In 2019, pundits are telling us that a recession is coming; the exact time is not known. Regardless of timing, what companies can do is respond with boldness and come out the other side a little stronger.

I’ve learned not to worry about recessions since I believe downturns provide a stress test of our actual habits and discipline. Recessions also help clean out the opportunists who benefited from the good times, but weren’t committed to the long-term. History has shown that recessions can be a catalyst for innovation since new answers are required. The bulwark against a slump is to get ahead of the conversation, take action, and increase the company’s collective skillset. In short, operational excellence will need to increase across the board.

Are your capabilities ascending? How good is your company working together for the benefit of customers and all stakeholders? Recessions require us to be smarter, not timid. We’ve seen this movie before and being prepared to take well-researched defensive and offensive measures is smart. If you love to chase excellence, a recession doesn’t have to be a long-term adverse event. Your improved position on the other side of a downturn could surprise you.

All human history is about change, but growth is not assured. Achieving a stronger position requires company leaders to be agile enough to comply with a new reality after the recession. As always, there will be losers, a few winners, but most companies will continue to plateau and stagnate. The parable of the scorpion and the frog never stops teaching us a valuable lesson about, “I can’t help it; it’s in my nature.”

No one truly knows the future. We can, however, plan for the worst and hope for the best.

Articles and Books Mentioned (please read them all): 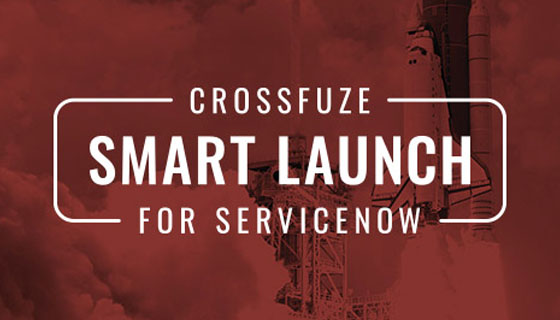 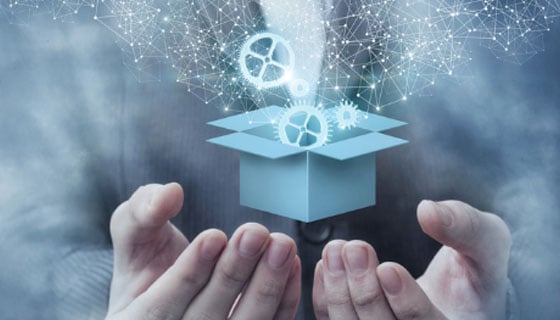 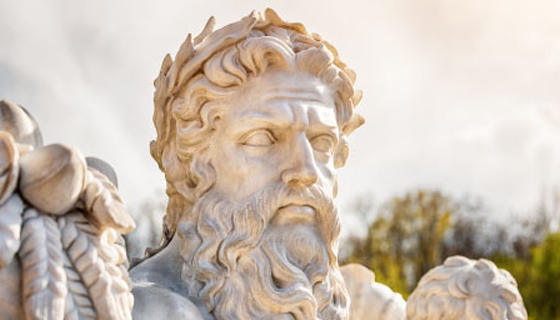 Your Company Needs a Great CIO

Risk is a requirement for a legacy